Killing your own idea! 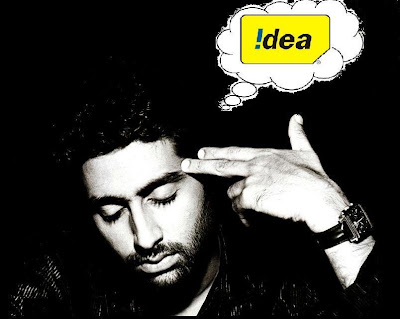 WHAT AN IDEA, SIRJEE!!!
Yes, this post is about investing. I am not going to talk about how great Abhishek Bacchan was in Yuva or how baaaaad he was in Tera Jadoo Chal Gaya.. (Didnt see the movie, the trailers were enough to scare me off!)

Anyway, lets come back to the point before I start talking about Drona and frustrate you all!!  :-)

"Killing your own idea" is a concept that can save an investor's "synonym for donkey" time and again. Imho, any and every investor should understand this concept and try to apply it as much as possible. Lets see what it is all about...

The concept is pretty simple and common sensical. Basically try finding fault with any stock idea that you get. If you think something is good to invest in, try and find out as many reasons as you can, to come to a conclusion that it is not good to invest in. Try and kill your own idea as much as possible.

The process is much more difficult than the concept. e.g. If someone asked you to describe yourself, how many negative points will you put forth? Similarly, when we like a particular investment idea, our mind automatically and subconsciously starts weeding out or justifying negative points associated with the idea. To counter this is extremely difficult, yet extremely important. (I also am not fully there yet). The first thing to do is to mentally disconnect yourself from the stock idea and look at it afresh. Be as skeptical and negative as possible. Best thing to do is, try and write down, point-wise, why that particular idea would be a terrible investment. You will, of course, be in denial first and will try to avoid and justify the worst things about the idea. But its a process and you will surely get there slowly. In the mean-time, what you can do is, ask a friend of yours, who hasnt seen the stock, to point out bad points about it. That should surely help.

Has this ever happened to you: you bought a stock after studying it properly. Few months down the line, some event unfolded which hit the company and the price sank. And you thought ' Oooo why didnt I think of that???' This happens to all of us a lot of times. We miss out some key point or factor, which seems obvious in hindsight a few months later. This happens because we have not taken a 360-degree view, we have not considered the negatives, we have not killed our own idea..

One idea I mercilessly killed recently was that of Gujarat Reclaim. Now, this idea seems actionable to a lot of respectable investors I know. But to each his own!
A bit about Gujarat Reclaim:


So what killed the idea?

The above table shows the rupees per ton cost of rubber scrap and chemicals (raw materials) and the per ton selling price of reclaimed rubber (finished product) for various years. The last column shows the raw mat consumption as % of sales. It can be seen that while the rubber scrap prices have gone up 70% since 2005, the selling price of reclaimed rubber has gone up only 40%. Meaning, that the company has not been able to pass on hikes in raw material prices. There seems to be no pricing power. So will this situation worsen as rubber prices go up? (Since scrap rubber prices also go up). So, will this company benefit due to increase in rubber prices or will it be hit because of the same? Something to think about! (Btw, for the December 10 quarter, raw mat consumption to sales stood at 46.67%.)
I really like the company, but the valuations do not seem to reflect the above. They are not 'sitter' valuations. I will wait for the stock to correct, if at all, and then take a decent position in the same.

Cheers and happy investing!!
Posted by Neeraj Marathe at 1:53 AM

HI NEERAJ,
PLEASE HAVE A LUK AT EMPIRE INDUSTRIES SEEMS INTERESTING
anyways i understand nbfcs can be difficult to understand as well as risky .
however i believe there are a few stocks worthy of investigation-
ceejay finance-.44 book value , low p/e and extremely strong balance sheet (i think it has 21 percent tier 1 capital , also i guess patel is on board), gud div yield
sumedha finance-7 percent div,3 p/e,awsum roe and roce. in short gr8 numbers 4 the last 5 yrs. also new promoters have come on board this year. interesting discussion on theequitydesk . com
brescon finance- almost same as above above, low p/e ,b/v, awsum roe and roce
tcfc finance- 8 percent div, cmp-23,b/v-65, trading quite below nav
( alas! couldnt get the time to calcul8 the nav). one caveat though - has positions in the commodity market , which SEEM to be a small part overall
btw, all the co.s mentioned above have promoter stakes above or around 50 percent
EAGER TO HEAR UR THOUGHTS

Hi neeraj
if you compare the natural rubber prices with the rubber scrap, there appears to be low correlation. so it is quite likely that the management is underpricing for volumes.
at the same time, your point may be valid that there is low pricing power as the product is a commodity and substitute to natural rubber. i think the margins could get hurt if rubber prices were to drop as reclaimed rubber is an inferior substitute.

on you killing the idea - i generally list 3-4 points in my analysis which will kill the idea. it is difficult to do, but i think one another way is look for negative thesis for an idea one likes

Thnx Rayhaan,
Out of the above, i have looked at Brescon. I found its business quite interesting, plus Rs.24 odd cr of liquid investments (if i remember it right)..will try n look at the others.
Cheers!
Neeraj

Thnx Rohit,
Nice to hear from you. I agree with you. I am still looking into more details of Guj Reclaim, but the one fact i mentioned refrained me from going ahead and building a position right away.
Well, there are many ways to kill an idea i suppose..what u say sounds v logical.
Cheers!
Neeraj

This is a nice blog.
Will visit often.

Thnx Sir,
Nice to hear from you..
cheers!
Neeraj

kinda having a joel greenblatt hangover ( just read you can be a stock maket genius too.extremely awsome!, PLEASE PLEASE CHECK IT OUT IF YOU HAVENT) anyways prof greenblatthas pointed out to spinoffs as an area rich with mispricing, with that that in mind just saw the recent bio green industries demerger on the bse rss feed,the co. is persuing a demerger in a ratio of 1:1 between its kraft paper and duplex board division and bio fuels division.(sorry no a/c or a.r available yet) please have a look

Hi Rayhaan,
This particular spinoff COULD be highly mispriced, for the reason u urslf have mentioned. no info! Tried to locate AR as well as additional info, but cudnt get it..how does one value the business in such a case? the Q2FY11 qtr results ka balance sheet they have given is standalone one..so cannot get the picture of the paper business (if it is material, which i doubt) i think the rest is broadly an NBFC business, i think..one thing in case you havnt noticed is that the promoters have bought quite a chunk coupla qtrs ago...
cheers!
Neeraj

Guj. reclaim is essentially playing up commodity ( rubber). It will fizzle out when rubber prices goes down. Which is happening now. do you think you can remain invested with this company for few years ?

Thnx Ashish,
As you have rightly pointed out, Gujarat Reclaim does not appear to be very cheap currently. But if i get it at attractive valuations, i would surely like to remain invested in the company for a few years.
Cheers!
Neeraj